Turning Aces into a bluff on the river...interesting multi-way hand scenario

tofushit888 Red Chipper Posts: 3 ✭✭
March 17 in Live Poker Hands
Hey guys! I have a super interesting hand scenario here that happened during a live game and welcome any thoughts/inputs on how each player should have played their hand. It was a 8-handed game with blinds of HKD 5/10 (US$0.65 / US$1.30). Highlight is that a friend of mine turned his Aces into a bluff on the river and managed to fold out 2 villains who had a better hand.

Turn: 6 of spade. The dirtiest card in the deck? SB continues for 220, UTG calls, HJ calls. Now action is back on CO who thought about it for awhile but he ended up folding his straight... Pot: 1425

River: 9 of diamond. SB now checks, UTG also checks, HJ rips it all in for 1200, effectively turning his aces into a bluff. So pot is now 2625. SB is sick to the stomach and wants a count of the chips, but ended up folding. UTG thinks about it as well... but folds.

Some questions:
1. Is turning Aces into a bluff on that river a good play? He had the Ace of spade, which blocks nut flush, which was a key consideration I think. Could also rep all the full-houses and even quad given SB and UTG checked the river to him
2. The CO player's fold on the turn surprised me a bit but I can also understand his reasoning of being scared of full-house and flushes (given how the action played out). Should CO player raise the turn instead?
3. SB's fold on the river is fine I think given he still had UTG player behind him and his straight loses to quite a few combos of flushes, full houses, and even quad. But would you call in his spot?
4. If you had UTG player's hand, should fold on the turn? or even fold preflop? 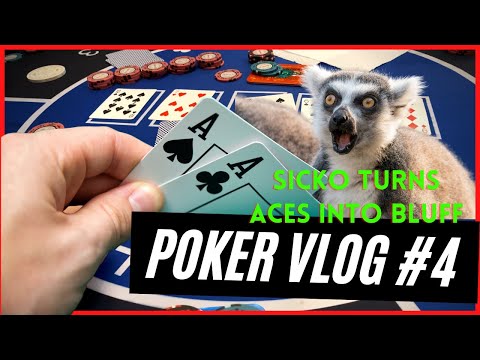